Noise Variance.  The City has extended the noise variance it granted to PYC to install pedestrian bridges over the CSX and WMATA tracks from March 6, 2021, to March 29, 2021.  PYC has installed the first of two trusses over CSX tracks.  However, CSX has not yet allowed PYC to install the second truss.  The noise variance extension provides PYC additional time to obtain CSX approval and install the other truss.

Track Repairs. PYC removed four sections of track last week to install the duct banks that will connect the AC switchgear building to the Metrorail station.  PYC then re-installed the sections of the track by bolting them together. The bolts caused a clacking sound as WMATA trains pass over them.  Fred Robertson informed us that WMATA would use a specialized piece of rolling stock equipment to weld the track sections together, eliminating the bolts and the clacking sound next week. The track repairs will occur after hours. 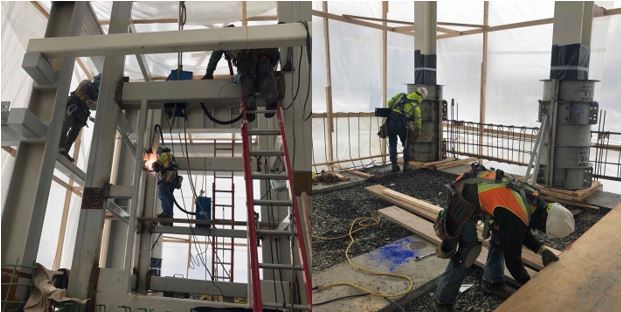